The arrival of industry has a price: the end of the forest. But in return it offers very little. Timber industry, industrial plantations and mines do not bring development to the forest communities. On the contrary, they often increases poverty, leaving new problem behind them, like the destruction of traditional social structures.

{tab=Zero profits} Profits end up in the bank accounts of big corporations and corrupt administrators. The revenue for local communities are little thing, if compared with the value of the finished products. All the exploitable resources are exausted when the company leave. To the forest communities only remains damage caused to the environment.{/tab}

{tab=Poverty} Logging in tropical forests does not generate wealth nor development, at least not for the locals. African countries exporting timber are among the 50 poorest countries in the world. These countries has the lowest human development index, and their per capita income is among the most miserable. They are also listed among highly indebted poor countries. While vast amounts of valuable timber and other resources were transferred towards Europe and Asia, sub-Saharan Africa's external debt grew by 225%.
The presence of the industrial activity in a forest area is easy to be detected by some common symptoms: alcoholism, prostitution, AIDS. 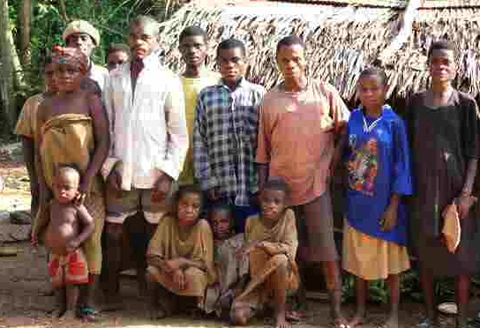